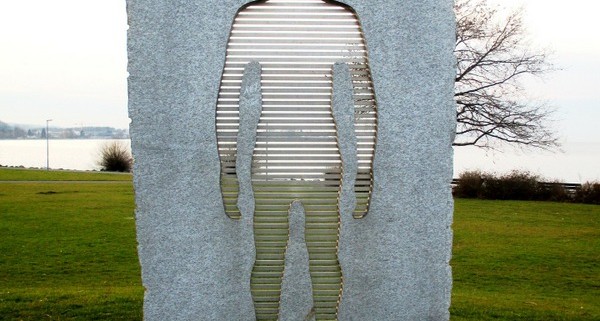 The Austrian Federal Government is in the process of giving Austrians a new identity: that of being transparent people – a classic sign of a totalitarian state.

The central account register versus cashless transactions is a no-brainer for the business party ÖVP (Austrian People’s Party). Bank secrecy will be lifted to expose tax dodgers and cash transactions must be preserved to prevent blanket surveillance by Google, Facebook and the like. Mass data retention will be implemented as a means of counteracting the threat of terrorism, while mobile phone providers are busy collecting all our details: where we are, what we spend, what we search for and what the status of our relationship is.

Digitalisation and protection of civil liberties

This issue highlights yet again what heavy weather the Austrian Federal Government is making of its attempt to pursue a stringent digital agenda when it has an obligation to put civil liberties, individual privacy and freedom first. It is an absolute necessity in this day and age, founded as it is on strong liberal principles and values, if any government is to succeed. And this is where the Austrian Government is failing on an epic scale, by creating the ideal basis for a country of tarnsparent people, rather than strengthening individual rights and protecting the private sphere of its citizens.

This trend is particularly regrettable given the current celebrations to mark the 70-year anniversary of the end of the war and 60-year anniversary of the Austrian State Treaty. In all of the official speeches, the victory over totalitarianism, the dehumanising regime, the NEVER AGAIN mantra is cited. Yet almost simultaneously the above measures are being enshrined in new legislation.

In Germany, sensitivity is running high in the wake of the BND/NSA wiretapping scandal, since it is so reminiscent of the methods used by the Stasi – a regime that has had a lasting impact on several generations of living Germans, including the current Federal Chancellor.

It was almost 280 years ago that Maria Theresia passed a law defining the role of the state as ‘administration of society’, rather than – as in the Prussian law of Maria Theresia’s counterpart Friedrich – ‘organisation of society’. Unlike the Germans, we in Austria have to cast our minds back 170 years before we can associate a name with the idea of a police state: Metternich – regrettable in the sense that 200 years of the Congress of Vienna are also approaching, something which gave us the first inkling of a subsequent European Union.

That European Union was based on liberal, enlightened values in the sense of the French Revolution: liberty, equality, fraternity – which is probably why Sweden has yet to become a full member of the EU. After all, it maintains a very transparent way of dealing with the data of its citizens and privacy is treated much more loosely than for instance in Germany or Austria.

To sum up (for now anyway): cashless transactions are a global phenomenon that is already part of everyday life in other societies (developing and emerging countries). For the sake of European market competitiveness, this payment method will have to be adopted in the medium term. For this reason, we need to uphold bank secrecy and thus the privacy of our citizens. We must be protected by our state and its institutions from any supranational surveillance methods. Maintaining bank secrecy, an historic achievement, would be one measure of ensuring such protection and, in the medium term, it could become a successful export item for Austria. Having transparent people will not expose any tax dodgers, but simply undermine our basic civil liberties. Let’s give parliamentarianism a chance.

The guarantee for liberal democracy
0 replies