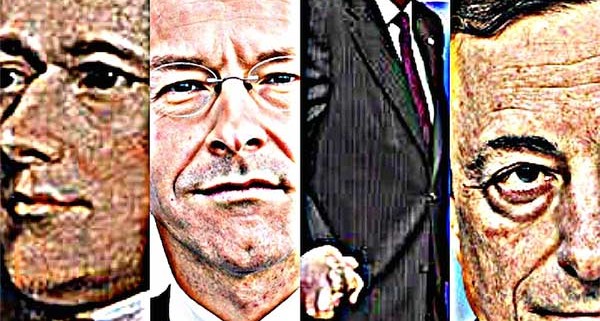 I am actually a very sceptical observer of American politics – especially its inherent contradictions. The world’s largest democracy still applies the death penalty to a large extent, has yet to develop a functioning healthcare system and shows signs of ever-increasing social tension. Well into the late 1960s, its black people were treated by law as second-class citizens. And as the world’s biggest military power, the US operates via direct or indirect aid as an interventionist force, or self-titled “world police”. Despite all of this, the US has an important role model function for the European Union (EU), in terms of its constitution.
Most Europeans would not associate the name Alexander Hamilton with the US Constitution. The first President of the USA, George Washington, simply looms too large in the context of the founding of that nation. But Hamilton warrants a closer look – particularly in the context of the European integration project for economic and currency union.

As a young man, Hamilton served as an officer under George Washington during the American War of Independence. The colonies formed a confederation in the wake of the victory over the British, with all 13 colonies – in today’s parlance – retaining their federal status. There was no common currency, no common fiscal policy, etc. At the time, the debt level of the thirteen colonies was soaring, without any counteracting measures being taken to stem the tide.

The economic collapse of the Confederate States prompted Alexander Hamilton to take action. He organised the Constituent Assembly at the end of the 18th century that ultimately gave rise to the US Constitution.

“National debt, if it is not excessive, will become a national blessing for us.”

The starting point was relatively fraught, because the 13 states had jointly accumulated a debt of over 53 million dollars, plus a further 25 million dollars of debt amongst themselves. Hamilton, who by then had advanced to become the first US Secretary of the Treasury, found himself confronted with the desire of southern farmers to become debt free (haircut), and the aim of turning the USA into an agricultural nation. Even back then, Alexander Hamilton expressed his fear that founding a new nation on debt was not the answer.

With this in mind, he worked on a proposal for a centralist government to take over the debt of all member states and consolidate it into a uniform national debt. Naturally the states with lower debt levels protested against the move (transfer union). Hamilton’s argument was that this would hasten unification into a single nation and ensure future growth, from which both the nation as a whole and each individual state would benefit. He subsequently drafted a state bankruptcy bill into the constitution, allowing for the bankruptcy of an individual federal state, whose debt would be absorbed or financed by the remaining states (which incidentally remains a point of contention to this day for wealthier states like Texas).

Further steps included his “Report on Public Credit”, which addressed the role of the national bank. Hamilton’s vision was that – in today’s parlance – the national bank should be responsible for financing the real economy and credit should be issued to entrepreneurs accordingly, in order to stimulate the economy. The National Bank of America was also given the task of issuing the bank notes, backed by the security of the government in Washington. (Interestingly, this is also the case for the ECB, which acts more as an investment bank than as a commercial customer bank)

Obligation to serve the public good

In 1791 he published the document “A Report on the Subject of Manufactures” acting on the presumption that all concerned in the economy were obligated to serve the public good, as subsequently prescribed in the US Constitution. Within that system, the state creates the conditions under which production companies – to the benefit of the company, its employees and the general public – can thrive. These days we would probably call this the principle of the social market economy. Hamilton is generally acknowledged as the defender of the liberal state theory of a certain Adam Smith.

The “Federalist Papers”, which Hamilton co-wrote with later US President James Madison and Foreign Minister John Jay, should be compulsory reading for the European Project. They describe the necessity of having a strong executive at a federal level in order to turn a loose confederation of states into an economically and politically robust nation or union with a strong defence and foreign policy. US history proves that these three visionaries were right on the button.

As an aside, despite his enormous influence and standing as an economist, Alexander Hamilton’s role in US history has never been properly honoured. “Hamilton’s” ministry currently advocates replacing the Alexander Hamilton likeness on the 10 dollar bill with the face of Harriet Tubman, a vocal opponent of slavery.

Banking separation: separate for the purpose of unity
Scroll to top