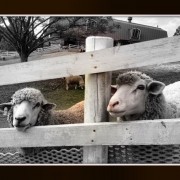 The current situation in Greece yet again makes it abundantly clear that a European-wide banking separation system is long overdue. It was not until the early summer of 2015 that the lame draft of the EU Economic Committee (ECON) within the European Parliament died a natural death. Yet banking separation is essential to the stability of monetary union and has a strong precedent in the Glass Steagall Act, which is well worth emulating.

A banking separation system was on the agenda of the last EU Commission as part of its central regulation measures. The system is very simple. The principle is that customer business should be separate from high-risk investment banking. The champion of UK banking separation, John Vickers, referred to this as “ring-fencing”. He spoke of protecting the sheep (commercial banking) from the wolves (investment banking) by ring-fencing them. Yet in that very market, representatives of the “too big to fail” banks have succeeded in distancing themselves from any effective banking separation system by a process of constant lobbying.
Michel Barnier, Internal EU Market Commissioner of the Barroso Commission, gave former head of the Finnish National Bank, Erkki Liikanen, the task of investigating possible structural reforms within the EU banking sector. The so-called Liikanen Report on the subject duly appeared in 2012. This was followed by EU member nations agreeing on a two-step approach (full details here), which was then brought to its knees by the Economic Committee of the European Parliament in the early summer of 2015.

Universal rather than separate banks
The reason for this failure was that the draft submitted by Swedish rapporteur Gunnar Hökmark (EPP) highlighted and indeed underlined the importance of universal banks and the need to prevent any strict separation of financial institutions into investment and commercial banks. This runs contrary, for instance, to the German Banking Separation Act, which requires that from 1 July 2015, investment banking and commercial business be divided into separate subsidiaries. If the EU law were to take a laxer stance, German banks would be at a competitive disadvantage within the EU (which would probably be no bad thing from a UK point of view).

Jeremy Corbeyn, a left-wing representative of the Labour Party, has recently re-ignited the Glass Steagall debate. He advocates implementing that particular banking separation model. Corbeyn is predicted to have a good chance of winning election as Leader of the Labour Party. Glass Steagall is a ready-made banking separation model that could be incorporated within the European legislative framework relatively easily.

Glass Steagall in the US election campaign
The Dodd Frank Act, only recently cited by President Barack Obama as a successful example of financial market regulation, has come under heavy fire during the current US primaries, within Obama’s party in particular. Apart from Hillary Clinton, who is thought to have a close relationship with the major Wall Street banks, in terms of financing her election campaign, all other Democratic Presidential candidates like Bernie Sanders and Martin O’Malley advocate re-implementation of Glass Steagall. (It was rescinded under Bill Clinton with disastrous and well-documented consequences for the global financial industry).

The “Glass Steagall Act” was brought before the House of Representatives in 1933 as H.R. 5661 by Henry B. Steagall, approved by the U.S. House Committee on Banking and Currency and enshrined in law on 16 June 1933 by President Franklin D. Roosevelt. The “Glass Steagall Act” provided for the introduction of a banking separation system, or institutional separation of a bank’s deposit and lending operations from its securities business. Banks had to decide whether to operate as business banks, offering classic deposit and lending products and services, such as account management and payment transactions, (commercial banking), or as investment banks dealing in securities (investment banking).

Following the world economic crisis or Great Depression in the period between 1929 and 1933, banks had to contend with massive losses, thanks to strong integration and networking between investment and commercial banking, both on the securities side (stock exchange falls) and on the lending side (defaults on loans). The idea of separating the two segments was to ensure that such events did not repeat themselves.

Fintechs an example of banking separation in action
Proponents of the banking separation system, and the Glass Steagall model within the European Parliament in particular, led primarily by Philippe Lamberts of the European Greens, Fabio de Mesi of The Left and Jakob von Weizsäcker of the SPD, believe in the merits of a joint trans-Atlantic initiative to implement the Glass Steagall model of banking separation system in both the US and Europe. The latest developments in Greece, (bank suspensions, capital market controls due to the fact that purchase of state assets = domino effect), as well as the increasing threat of a financial collapse from China should give added impetus to this idea of sustainable separation of commercial banking from investment banking.

Not only that, since the current Turkish G20 presidency is focusing on the issue of “Financing SMEs”, a worldwide initiative to implement Glass Steagall or similar models would also be advisable. SMEs are a key economic, employment and economic stability factor, not only in Europe – in many emerging economies (including incidentally Russia and Brazil, as well as members of the BRICS) EMUs form the backbone of the economy. And, as their financial partners, customer banks are essential – whether analogue or digital. Furthermore, thanks to the Fintechs, systems are emerging in the digital world that follow the banking separation model. Fintechs are not universal banks but customer-focused digital banks. They generally offer a service geared to a particular target market, and so far they tend to be targeting classic “bank” customers.

However it will be a great political challenge to integrate this project into the major EU Commission project of Capital Market Union – particularly given the fact that a “Brexit” must be avoided or is undesirable in any event. This takes us right back to the start of my deliberations. We are in for some exciting political times. Stay tuned.