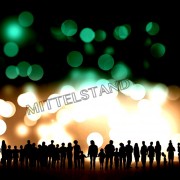 There was a major power in post-war America: its middle class. And yet this class has been on the verge of dissolving, disintegrating and vanishing. For nearly 30 years. Elizabeth Warren has made it her goal to protect it – and will not make the presidential campaign easy for Hillary Clinton by doing this.

In European terms, Elizabeth Warren is actually a working class child. Her earliest negative experience was when her father was seriously ill. The only way to fund the health insurance was through a loan which seemed reasonable at first, but which was in fact high-risk and kept the family in a state of tension for a long time. And as she herself emphasises, this was just the beginning of an unfair financial system which worked its way from Wall Street throughout the country. Senate and Congress are reliant on Wall Street and its lobbyists thus manage to repress main street banking and its influence in American centres of power. The last remnants of the Glass-Steagall Act were repealed during the Clinton Administration (i.e. under Warren’s political colleagues and Bill Clinton, husband of the most promising Democratic presidential candidate). In Europe or rather the EU, this model is known under the general term “separate banking system” and its individual approaches by Volcker, Vickers and Liikanen.

“Too big to fail, means too big”

Warren has styled herself as the protector of the middle class against dubious financial institutions and high-risk lending, and her popularity is increasing. Two thirds of Americans are now scrutinising activities on Wall Street very closely and consider “Too big to fail” to be a provocative topic. Elizabeth Warren is a great advocate of reinstating Glass-Steagall and also regards the fight against the Wall Street mechanisms as a key issue in the Democratic presidential campaign. Former Maryland Governor Martin O’Malley is one of many in support of Warren attempting even now to make Glass-Steagall an issue in Senate. His belief: “If banks are too big to fail, they are too big.”

Meanwhile the figures suggest that a further financial collapse in the US is imminent, which is being expedited and encouraged by the continuing unrestricted activities of the “big banks” and their methods.

Many Americans have still not recovered financially from the 2008 financial crisis and detect in their government support of the Wall Street Banks rather than focus on consumer banks. Warren quotes in this respect the average annual income which is USD 4,000 below the annual income in 2008. There are twenty million people registered with the food stamp programme, in order to have basic food security at least. Student loans are at unprecedented levels because of the high interest rates of federal loan programmes.  Warren is very critical of this, as it is causing a rapid rise in the debt burden of young Americans.

In addition, many families are faced with the problem that they are not able to pay their monthly rent or housing loans.

According to Warren, the financial sector reforms have not cleaned up the banking sector and made it more trustworthy. Instead, they have allowed the already large banks to grow by a further 30-40%. She believes that the restructuring and reform of the financial sector is still unfinished. Her proposals include:

Meantime there has been great approval and support for Warren at all of her public appearances. She will not enter the ring herself against Hillary Clinton in the Democratic primaries, but Clinton will nevertheless not be able to ignore the party’s progressive left wing represented by Warren. Whether she will make Glass-Steagall an issue is probably already difficult. In any event Warren, the fighter for the middle class, is an important component in the 2016 presidential campaign, and encourages perhaps for some a political scheme in the EU and/or Austria.