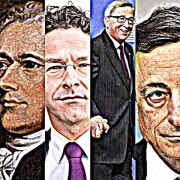 I am actually a very sceptical observer of American politics – especially its inherent contradictions. The world’s largest democracy still applies the death penalty to a large extent, has yet to develop a functioning healthcare system and shows signs of ever-increasing social tension. Well into the late 1960s, its black people were treated by law as second-class citizens. And as the world’s biggest military power, the US operates via direct or indirect aid as an interventionist force, or self-titled “world police”. Despite all of this, the US has an important role model function for the European Union (EU), in terms of its constitution.
END_OF_DOCUMENT_TOKEN_TO_BE_REPLACED