After what feels like an eternity Austria finally has a new federal president. The timing could not be better for a liberal democrat to take up the highest office of the Republic of Austria, right in the heart of Europe.
END_OF_DOCUMENT_TOKEN_TO_BE_REPLACED

END_OF_DOCUMENT_TOKEN_TO_BE_REPLACED 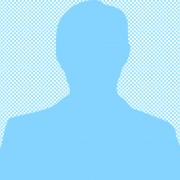 I admit I was very worried. A plane crash in the middle of Europe, involving an airline I regularly fly with. I was alarmed and unsettled by it. Thought it could have happened to me too. Thought of the passengers. Hoped for their sake it was caused by a loss of cabin pressure. Was relieved when it turned out to be human error. Relieved? Yes – and from that point on sickened.

I read the first theories about the cause of the crash as early as Wednesday morning. Raised by the NYT in the European night. And speculation was soon rife: airline experts on TV, self-appointed airline experts in the form of frequent flyers on social media, the first hints of a suspected suicide. The name of the co-pilot was already winging its way to Europe from the US. Lufthansa withheld the names of the entire crew to protect their friends and family, and made reference to the fact that no final cause was anywhere near being established.

Then the French Public Prosecutor held a press conference and spelt out the name of the co-pilot. Several times. So everyone could write it down. I followed the live feed of that press conference and was horrified to learn the possible motive for the crash. But much more horrified by the way in which the private sphere of a supposed suicide victim was being treated.

The French and German media in particular fought for the latest findings, expressing no outrage that such highly sensitive data was being disclosed by the investigating authorities and played out in the media. The hounding of the co-pilot and, by association, his family/friends/neighbours/relatives had begun – in both the digital and analogue arena. This included headlines unworthy of any civilised society, accompanied by mumblings about the right of the public to be kept informed. The tabloid press was once again in its element. The nationalistic, flag-waving debate over Germany and Greece seemed almost intellectual by comparison with this witch-hunt. The media once again failed as the fourth estate, in both the digital and analogue sense. Why does Facebook routinely censor images of naked breasts but chose not to delete photos of the co-pilot? Due to ratings? Or, as they are now called, “clicks”? Alarming too how some public broadcasters behaved in Germany, lowering their standard of reporting to the depths of the tabloid press – and not for the first time either. The Edathy case was the most recent proof of this trend.

Not only that, ever since then “depression” as an illness has been portrayed as a stigma and a socially irresponsible condition. Any person suffering from “such a” disorder should not be allowed to be a pilot. The control mechanisms failed. The employer failed. New, to my mind, seemingly useless measures such as the presence of two people in the cockpit at all times were immediately put in place to demonstrate rapid responsiveness. And Lufthansa has now installed its own administrative unit for monitoring its pilots. At the same time, people suffering from this illness are being sent the following signals: you are not perfect, look out! From now on you will be treated differently because you have a mental illness. And it will probably not work in your favour. … A new form of social isolation looms – and one that will only exacerbate such health conditions.

But what does this show us? It shows that we, as a civil society – mistakenly believing ourselves to be self-assured and enlightened – are nothing of the sort. We now suddenly want controls and supervision to protect ourselves from harm. We are voyeuristic about the way in which the private sphere of a dead man is dragged through the mud in public as a result of the investigations. We want and demand absolute security and transparency. But we will not achieve it. As long as people are people, there will always be some residual risk, which nothing and nobody can contain. At the same time, we oppose wholesale storage of data, the NSA and the surveillance state.

Perhaps we should take this opportunity to have a closer look at the importance of protecting our private sphere and how far we as a society already were before the digital wave and the media-cracy turned us into their plaything. Let us begin with ourselves – and shame others into doing the same.