“These days you have to be in the majority”

This true and weighty sentence comes from one of my favourite works by Leonard Bernstein “Candide”. Bernstein would have been 100 years old this year. He was a 1908 vintage, so in 1938 he was 30 years old. For someone like me, who has been studying Leonard Bernstein for many years now, this is a strange fact.

END_OF_DOCUMENT_TOKEN_TO_BE_REPLACED

It is astonishing that after the elections on October 15 we will harvest what the black-blue government sowed in 2000-2006. Not diametrically but head on. We are witnessing the demise of the social democratic ideal, something which the great German liberal thinker Ralf Dahrendorf already foresaw in the eighties of the last century. Paradoxically this is taking place in their struggle against the “right”, aka the party decision against a coalition with blue.

END_OF_DOCUMENT_TOKEN_TO_BE_REPLACED

The debate is too polemical and undifferentiated. It implies that every Muslim woman with headscarf is a woman who “submits” to political Islam and its anti-liberal views. This is not the case. Until the advent of political Islam in our western world, the Muslim woman with headscarf was just as much part of our multicultural and liberal society as the orthodox Jewish woman (and no one talks about her religious oppression). This is precisely the situation that Alexander Van der Bellen highlighted, namely automatically stigmatizing a woman as an oppressed, right-wing Muslim because she wears a headscarf is simply wrong.

I am firmly convinced that many young Muslim women wear the headscarf as a sign of their new self-confidence and commitment to Islam and to the liberal Islam of the West. Wearing a headscarf does not evaluate a person and says nothing about him or her. This is exactly what VdB meant. It was not meant as a religious statement, but as a comment on the evaluation/ stigmatization of people on the basis of an external factor and expressed in the sense of freedom and personal rights of the individual. The fact that his statement is spot on is confirmed by the current discussion in social media.

Enlightenment – where r u?

What also amazes me is that the headscarf discussion shows how careless we are about keeping an eye on our values. These are the values ​​of a Europe that was the cradle of enlightenment. Europe obviously does not stand for the unconditional application of the rights of the individual and of liberty in people’s minds. This is exactly what Alexander Van der Bellen means. To live in a liberal society and to live the values of a liberal society is a challenge. The reaction to the statement made by Alexander Van der Bellen shows that we are further from this than at some other times in our history. To live according to the values of a liberal democracy is a strong and impressive force. The EU is more the “land of the free” than the US will ever be. Voltaire inspired the authors of the American constitution, such as Alexander Hamilton. Catherine the Great was also an inquisitive interlocutor of his and we should be aware of this fact. Even if it can be exhausting at times.

I supported VdB actively in the presidential election campaign out of my deepest conviction. Exactly because of attitudes like these that characterize his statement.

After what feels like an eternity Austria finally has a new federal president. The timing could not be better for a liberal democrat to take up the highest office of the Republic of Austria, right in the heart of Europe.
END_OF_DOCUMENT_TOKEN_TO_BE_REPLACED 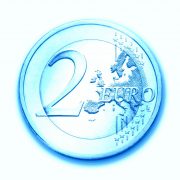 Jean-Claude Juncker, President of the EU Commission has a plan: the “Juncker Investment Plan”. With the help of leverage effects this means that more that €300bn should have been pumped into the European economy by the end of the project. The plan is slowly starting to work – just not in Austria.
END_OF_DOCUMENT_TOKEN_TO_BE_REPLACED

Yesterday I saw Franz “Vranz” Vranitzky taking part in a discussion group, and felt quite emotional. He was the Chancellor who shaped my political awareness. I was 13 when he became Chancellor and 24 when he resigned, which is why I long for another politician of the Vranitzky mould. It is the social-liberal dimension that I miss in today’s politics.
END_OF_DOCUMENT_TOKEN_TO_BE_REPLACED