The conference organized by the Directorate-General for Economic and Financial Affairs in Brussels was exciting.  It dealt with structural reforms and the deepening of the economic and monetary union. Reforms! Said Draghi. Reforms! Demanded Dombrovskis. Reforms!  Summed up Moscovici.
I admit, I thought at the beginning of countries such as Greece and Italy, or currently France. Because of the many bad loans on bank balance sheets. Because of the lack of fiscal policy measures. Because of weak growth and increasing social imbalances. Because of high unemployment and the erosion of the middle class.

The Governor of the Banque de France, Francois Villeroy de Galhau, called for policy consistency in the European economic union. First Europe, then the state. Of course the same conditions should exist everywhere. Preconditions for investment need to be created, as well as frameworks for measures aimed at creating more jobs, especially with regard to the challenge of migration and so on and so forth.

Euclid Tsakalotos on the other hand called for a more social and democratic Europe before the final step of integration into a European economic government is taken. This will mean that Europe’s citizens will begin again to believe in the Union.

These arguments were convincing. This was especially the case in those countries affected by the harsh austerity measures where their populations have lost interest and in particular the belief in the “good” in the EU.

And what suddenly became quite evident was that all those structural reforms or measures required to make the EU attractive and internationally competitive also apply to Austria.

The pension system can no longer be financed. Despite there being an increasing number of jobs available it is primarily young people who are affected by persistently high unemployment.

Social mobility in Austria has come to a standstill. It has never been as difficult as now for people to climb the social ladder during their lifetime. Clear evidence of this is that the middle class feels exploited economically and is fighting for its very existence and future.

The location of Austria is becoming less and less attractive for domestic and foreign investors. Excessively high taxes and escalating regulatory requirements hinder business creation and motivate them to migrate to less regulated and therefore more interesting business locations, not least the Far East and the USA.

Innovation: although Austria is ranked according to the Global Innovation Index in this area ahead of Japan it nevertheless continues to lag behind in all areas relating to digitization. This includes areas such as the flexibility of working time and employment models and the frameworks required for this;  the ICT and also the necessary support for SMEs  in order for them to be able to transform veteran business models into 4.0 business models in the future.

And finally: democracy is at risk of losing its appeal in Austria. The parliamentary system has been weakened and is being further dramatically weakened by the intervention of the parliamentarians responsible. Populism is coming before proper ideologically free policy making.

So when EU Commissioners and the ECB boss Draghi speak of the structural reforms needed to advance the project of further economic and monetary union, we Austrians should not look so much to Italy, Greece or France. We should begin with ourselves – our civil society, our policies and the partners in our social partnership model.

Taxes on machinery and equipment, an unreformed tax and contributions system with examples such as the social security levies on the self-employed and the high non-wage labour costs, are a few examples that Austria indeed needs urgent reform more than any other country in the EU. Otherwise the EU critical and hostile forces will increasingly gain in influence and the affluence which has been built up with difficulty by the post-war generation will quickly disappear. 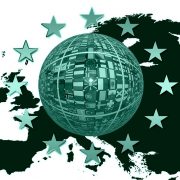 A new enlightenment is needed

EU – a fleeting moment in time?