A ghost is on the move again through the European Union. The regional banks must once more be afraid and so too, in fact, the European economic region. To this day, it differs considerably from its competitors such as the American economic area. Its unique selling point: the small and medium sized enterprises which form the backbone of the European economy.
Even though in countries such as Germany and Austria, the economy was to a large extent spared from the banking collapse of 2008 (because of SMEs AND regional banks as finance partners/ lenders), the new EU Commission wants to build an integrated capital markets union – by 2019. It would be an alternative to bank-based financing of industry, and the Commission Green Paper on this will be published any day.

The idea comes from the new President of the European Commission, Jean Claude Juncker, and the job of making it a reality goes to the Commissioner with responsibility for financial markets, Jonathan Hill. He is British and thus in fact not only an authority but also a beneficiary of a possible capital markets union. It is to be based largely on the American model – or not so much in fact? The actual problem is that consensus on the details is not yet apparent. Martin Merlin, Director of the Financial Markets Directorate, believes that great diversification of funding sources should be achieved, without aiming for an overly rapid change to the US model (a high proportion through capital market financing). So what should it now be able to do? How is this standardisation to take place? What obstacles can be expected?

In the EU, banks currently undertake 70% of industry financing. In the USA, 80% is financed via capital markets. The European Commission wants the same thing for Europe, so as to make itself more independent from the banks, which are still fighting bad loans and can’t sort out their balance sheets.

The major difference between the USA and the EU is that the mortgage market in Europe is financed solely through the banks. The USA, on the other hand, gets the money directly from the bond market (thanks to government sponsored mortgage providers Fanny Mae and Freddie Mac).

In Europe, the bond market plays a minor role in funding mortgages. Generally the banks obtain finance directly and the mortgages remain on their balance sheets. Incidentally, for a long time that was an attribute of the European banks: higher loan to deposit ratio and lower capital ratios.

And then of course there is the marked contrast in business structures. The structure of the small and medium sized economy in Europe is culturally and historically determined, and it accelerated the local, regional banking institutions, which were able to provide their customers with accurate knowledge and expertise. This was nevertheless made considerably more difficult through regulations.

Some very pedantic background: for the most part the customer banks did not contribute to the financial crisis – rather, they were stabilising agents in the crisis. Initially a regulatory tsunami severely restricted them in their core function. Immediately after the regulation and its implementation, Michel Barnier, at the time Internal Market and Services Commissioner, published his Green Paper on long-term financing of the European economy, in which it said that even small investors (otherwise known as “savers”) and small borrowers should also look towards the capital market – because the banks were no longer in the position to do so.

Nevertheless even Hill and Juncker do not want to dispense completely with the banks right now. They still see them as important intermediaries, albeit with the requirement that they take on more risk again. Key word: securitisation. The banks should organise capital markets financing transactions – according to, among others, Steven Maijoor, Chair of the European Securities and Markets Authority (ESMA). He refers in this regard to “accelerated harmonisation”. Maijoor laments too that retail investors have too little trust in high-risk products and therefore stay with simple savings products. This should be changed by consumer and investor protection.

One thing which is particularly interesting is that the regulations, and Basel III in particular, are to be relaxed again in those areas which permit greater risk once more. However, this is without at the same time strengthening the customer banks once more without restriction in their core function, lending and deposit business. In reality the Commission is returning to the reasoning which the customer banks found under Charlie McCreevy, Commissioner for Internal Market and Services: a consolidation of the European banking sector, with the goal of having only 5 or 6 major European banks. However, that would see the EU fall behind the USA once more, because the Community Banks (equivalent to European regional banks) are becoming more important there. Even the Obama Administration, initially a major advocate of investment and major banks, has grasped this.

A High Representative from Hill’s department is already talking about establishing financial centres which, depending on the national situation, align opening and creation to the capital market. 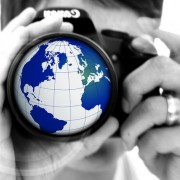 POPulism vs. POPArt
Scroll to top